Back in 2008 I was doing research for a story in Men’s Health when I came across a particular journal article that helped influence how many people train now their abs. The study revealed that planks activate significantly more of  your rectus abdominus (the six-pack muscles) than crunches. In fact, this particular study (which was published in the Journal of Strength and Conditioning Research) found that planks cause 100 percent activation of your six-pack, whereas crunches only led to 64 percent activation.

In a time when people where already beginning to shift away from “traditional” abs exercises like crunches, many took this research to mean that planks were the best abs exercise (100 percent always sounds good). As a result, you could easily make the argument that planks have become the most popular abs exercise–or maybe the most popular exercise of all–during the last five years.  Planking even became something of a national phenomenon for about 15 minutes. But the discovery of their benefits might have also been the downfall of how planks became overused.

Planks look great on the surface. They apparently don’t have the downside of causing lower back pain. While planks certainly have their benefits–and they are superior to many core exercises–the misunderstanding of that research and went from an underrated exercise to one that is overrated.

In a survey of 20 different fitness experts, 80 percent listed planks as the most over-used and abused exercise. The reasons ranged from false promises to poor integration into your workout. This is not to say that planks are bad or shouldn’t be used, rather they are not always prescribed for the right reason. For instance, if your goal is abs that pop like a cover model, many coaches don’t believe that planks alone will lead to those type of results. (And that’s not even included the diet portion of the conversation.)

One of the most interesting responses came from Martin Rooney, creator of the Training for Warriors system. (Might I add that Martin’s training program is one of the best I’ve seen and is definitely #BornApproved.)

Martin trains everyone from the average business woman and stay-at-home mom, to some of the biggest names in the NFL and UFC. And yet, planks are not his top priority. In fact, when he answered a question about three exercises that he would not spend extra time on, here’s what he had to say:

I would say plank, stability ball plank and one-legged plank might be some of the most overrated.  Hey, I am not saying these are not effective in producing core recruitment, but I am saying that these exercises are simply not fun or as challenging as they could be. In fact, I say that the plank in recent years has made training less social and actually castrated the pushup. Face it, you can’t really make a connection with your gym partners while you worry about the elbow pain you feel while face down during a 5-minute plank.

But take it a step farther. You want exercises that offer more “bang for your buck.” And the pushup is, after all, a plank with special features. Everywhere I go in the world, when I have people do pushups, which is essentially a plank with more muscle recruitment of the upper body, people sag at the waist and can’t use the most important piece of equipment they have: their own body.

So, instead of mindlessly holding a plank for a few minutes, why not try to bang out pushups for the same time instead?  You get the same core work while also building some strength, burning more calories, increasing mental toughness and creating the confidence that comes along with it at the same time, which are some of the main areas of focus for everything I teach in Training for Warriors.

Finally, if you have only a few hours a week to work out, make sure you are getting the most out of it.  Sorry planks. I know trainers may currently like you, but you simply don’t make my final cut when I am out of time to maximize community and results.

Martin’s analysis, while controversial, is accurate. Pushups do work in the same way as planks. An exception to the rule would be if you can’t hold a plank–or perform a correct pushup (with no hips sagging and lower before your chest nears the floor, one of the most common pushups mistakes)–planks can be a great way to build up the strength you need to do pushups. After all, oftentimes people think that their pushup deficiencies are just a matter of upper body strength, when in reality poor core strength if commonly a weakness that can prevent you from pushup success.

Once you’re able to hold a plank for 30 to 60 seconds, there’s no need to learn to hold for extremely long durations. Holding a plank for 5 or 10 minutes–while very impressive–isn’t necessarily going to have increasingly beneficial returns. Instead, it’s better to add some sort of dynamic movement, whether it’s pulling a sled, doing a row, or trying a “stir the pot” variation. They’ll be a much more effective and efficient use of your time once you’ve mastered the basics.

No More Exercise and Fitness Confusion 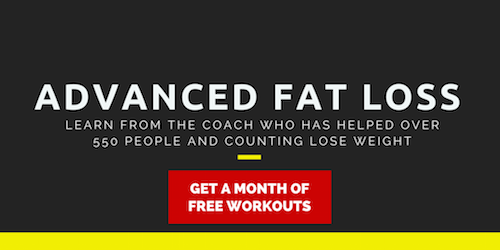 Why Your Ab Workouts Don’t Work

The Abs Workout: How to Transform Your Midsection